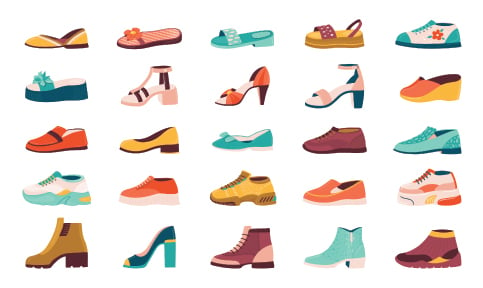 When purchasing a new shoe you will often need to know the style or part of the shoe to make an informed shoe buy. What is a Clog, or Mule,  a Mary Jane, Huarache or Balmoral, Wedge or Platform. And what is an Outsole, or Vamp. Here is a convenient guide to help you with your shoe selections!

Ankle Strap Shoes Definition: An ankle strap shoe has a single strap or multiple straps that wraps around the ankle. Whether the shoes in question are sandals or pumps, or whether the straps are buckled or elasticized, one or more straps is all that is needed to make a shoe an ankle strap. When a shoe features ribbons, string, or other material that can be wrapped around the ankle multiple times and tied, it is often called an ankle "wrap" shoe.

Ballerina Flats Definition: Inspired by ballet slippers, ballerina flats have become a staple in women's footwear.  Having a flat heel, closed toe, and a slipper-style construction, ballerina flats are typically low-cut, meaning they show a lot of the top of the foot. Made from a wide variety of materials, ballerina flats can be dressy or casual, and are sometimes called "skimmers" or "ballet flats." Also Known As: Ballet Flats, Skimmers

Clogs Definition: Clogs are shoes with open backs and closed toes, and are often referred to as mules, with the main difference being the soles and heels. While a mule can have any kind of heel (stiletto, kitten, etc.), the heel of a clog is a platform-type heel, and the soles are thick and sturdy. Traditionally, the soles of clogs were made from wood - though now they are made from a variety of materials. Clogs are worn by men and women.

d'Orsay style pump is a woman's shoe in which the vamp of the shoe is cut away very close to the toe box, and the sides are cut away, revealing the arch of the foot.Pronunciation: door-say Also Known As: d'Orsay Common Misspellings: dorsay

Espadrilles Definition: A slip on shoe of Spanish origin, which have a woven fabric (usually canvas) upper, and a flexible sole typically woven from rope or grass.

French Heels Definition: During the 17th century, King Louis XIV of France, who was only 5 feet 3 inches tall, had shoes with high heels specially made to increase his height. The trend caught on. In the 1800s, American women began copying Parisian fashion, including the high-heeled footwear known as French or Louis heels. Today, women's shoes with a curved, medium-high heel are known as French heels.Also Known As: Louis Heels, Curved Heels, Pompadour Heels

Huaraches Definition: Huaraches, traditional handmade Mexican sandals with woven leather tops, have been around for hundreds of years and were popular among Mexican villagers and peasants. Traditionally featuring a leather sole, huaraches crafted with soles made from recycled tires began appearing in Mexican markets in the mid-1930s -- although the precise date of when tire-tread soles arrived on the scene is a source of some debate. Nowadays, the sturdy, slip-on shoes can be found in a variety of looks, colors and materials, with some featuring leather, rubber or sneaker-like synthetic soles, with styles ranging from the classic sandal to dress shoes to flip-flops for casual wear. The tough materials have helped popularize huaraches as durable and long-lasting footwear. Pronunciation: hur-ah-chees Also Known As: Huaraches, Huarache Sandals, Mexican Sandals, Woven Sandals

Kitten Heel Definition: A kitten heel is a type of shoe with a thin-based, low heel (usually 1.5 inches or less) that is set in from the back of the shoe. Especially popular on pumps, kitten heels can be found on many types of women's dress shoes. More than just being a low heel, what makes a kitten heel is the placement and feminine shape of the heel (see photo). Also Known As: kitten heel shoes

Mary Jane Definition: A mary jane shoe usually refers to a girl's or woman's shoe that is styled after shoes children used to wear. Mary janes can have varying heel heights and come in a variety of styles, but what makes them mary janes is the strap that crosses the middle top of the foot - sometimes shoes called, mary janes will have multiple straps crossing the top of the foot. Traditionally, a mary jane shoe has a short, rounded toe box, and very flat heel, although now nearly any style or height of shoe can have mary jane styling. Top Picks in Mary Janes for Wome Also Known As: Mary-Janes, MaryJanes

Mule Definition: Simply put, a mule is a backless shoe. An increasingly popular choice for men as well as women, mules can be sporty, like mule sneakers; or elegant, like the ones pictured here - or they can land somewhere in between. They can have high heels, low heels, or chunky heels, but if the back is open, they are considered mule Pronunciation: myool

Platform Definition: Contrary to popular belief, the heel of a shoe has nothing to do with whether or not the shoe is a platform shoe. Rather it is the part of the sole sitting under the front of the foot that determines whether or not the shoes are platforms. Platform shoes have thick soles sitting under the front part of the foot. This style comes with a variety of different heel types, including wedge heels, stiletto heels, chunky heels, etc. While platform soles are often combined with wedge heels, they aren't always. When the two features are combined, they make what is called a "platform wedge." Platform shoes are currently very popular with women, but in the past, have had great popularity with men as well.

Slides Definition: Easy to slip on and off, slides or slide sandals are shoes with open toes and backs. Across the center-top of the shoe, a slide will have a single or multiple straps. These bands can be thin, wide, woven, braided, twisted, knotted, or configured in a multitude of ways - but in order to be a true "slide" there should be no toe or ankle straps. Available in dressy, athletic and casual styles, slides can be flat, or have any type of heel. Also Known As: slide sandals

Sling-Backs Definition: Instead of having a full, closed back, a sling-back has a strap that connects from the sides or the vamp of the shoe, and wraps around the back part of the foot. Sling-backs can have open toes, or closed; they can be casual or dressy. It is the back strap that makes them a sling-back. Also Known As: slingbacks

Stacked Heels  Definition: Usually brown or beige, stacked heels are designed to give the illusion of thin layers of wood that have been stacked up to create a flat, wedge or high heel.Stacked heels are seen on both men's and women's casual footwear. Also Known As: built heels, stack heels

Water Shoe Definition: A stroll on the beach isn't necessarily walk in the park -- unless you have the right footwear. Water shoes, such as those made by Speedo, protect your feet from rocks and shells, and are constructed with a quick-drying mesh upper. High-tech rubber and fabric sandals, from such names as Teva and Keen, can also go from boating to beachcombing without missing a step.

Wedges. Definition: On most shoes, the "heel" sits under only the heel of the foot, but a wedge heel runs under the foot, from the back of the shoe to the middle or front. As you've probably guessed, it has a somewhat triangular, wedge shape, but not all wedges are high heels. In fact, wedge heels range from low to high, it's the shape and the length of the heel that classify it as a wedge. Many people confuse platforms and wedges. While shoes with wedge heels may have platform soles, the two features do not always appear together. When they do, they're considered "platform wedges." Additionally Men’s shoes can be categorized by how they are closed, for example:

Balmorals - the vamp has a V-shaped slit to which the laces are attached; also known as "closed lacing." In England, the balmoral is known as the Oxford. The word "Oxford" is used by American clothing companies to market shoes that are not Oxfords, such as rubber-sole bluchers. * Monk-straps - a buckle and strap instead of lacing Various other closings exist but are less popular such as side-elastic closings. Men's shoes can also be decorated in various ways: * Plain-toes - have a sleek appearance and no extra decorations on the vamp  * Cap-toes - has an extra layer of leather that 'caps' the toe. This is possibly the most popular decoration   * Wing-tips - The toe of the shoe is covered with a perforated panel, the wing-tip, which extends down either side of the shoe. Wing-tips can be found in both balmoral and blucher styles. In England this is called a brogue.

Parts of a shoe

Sole The bottom of a shoe is named the sole.

Insole The insole is the interior bottom of a shoe, which sits directly beneath the foot. Many shoes have removable and replaceable insoles, and extra insoles are often added for comfort or health reasons (to control the shape, moisture, or smell of the shoe).

Outsole The outsole is the layer in direct contact with the ground. The material of the outsole depends on the function, dressiness, and quality of the shoe, but is generally very durable material, since it experiences the most stress. Dress shoes have leather outsoles; casual or work-oriented shoes have outsoles made of natural rubber or a synthetic imitation. The outsole may comprise a single piece, or may comprise separate pieces of different materials. Often the heel of the sole is rubber for durability and traction, while the front is leather for style. Specialized shoes will often have modifications on this design: athletic cleats have spikes embedded in the outsole to grip the ground; many kinds of dancing shoes have much softer or harder soles. These soles can be as hard as concrete, and very sturdy.

Heel The bottom rear part of a shoe is the heel. These come in a variety of sizes and are usually made to support the large stresses applied to the heel of the foot. They are often made of the same material as the sole of the shoe.This part can be high to make the person look taller, or flat.

Vamp, or upper Any shoe has an upper part that helps hold the shoe onto the foot. In the simplest cases, such as sandals or flip flops, this may be nothing more than a few straps for holding the sole in place. Closed footwear, such as boots, sneakers and most men's shoes, will usually have a more complex upper. This part is normally decorated or is made in a certain style to look fashionable and attractive for the buyer. 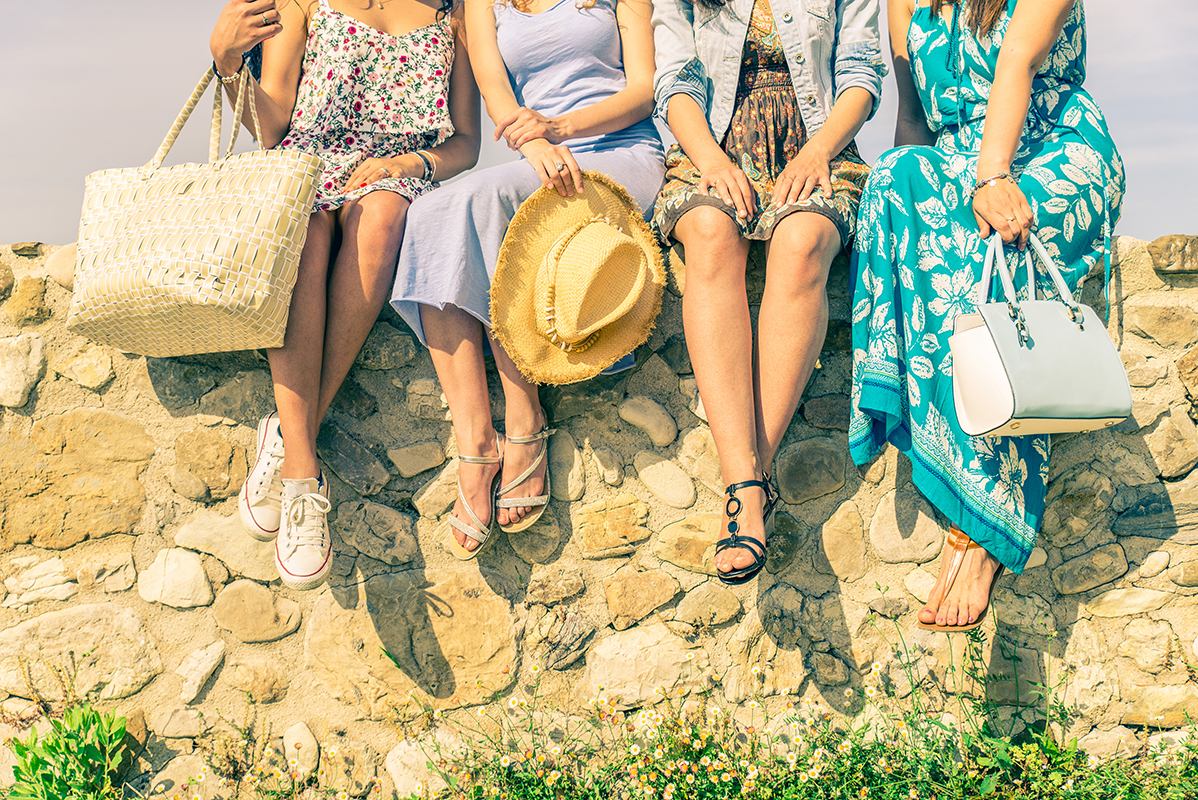 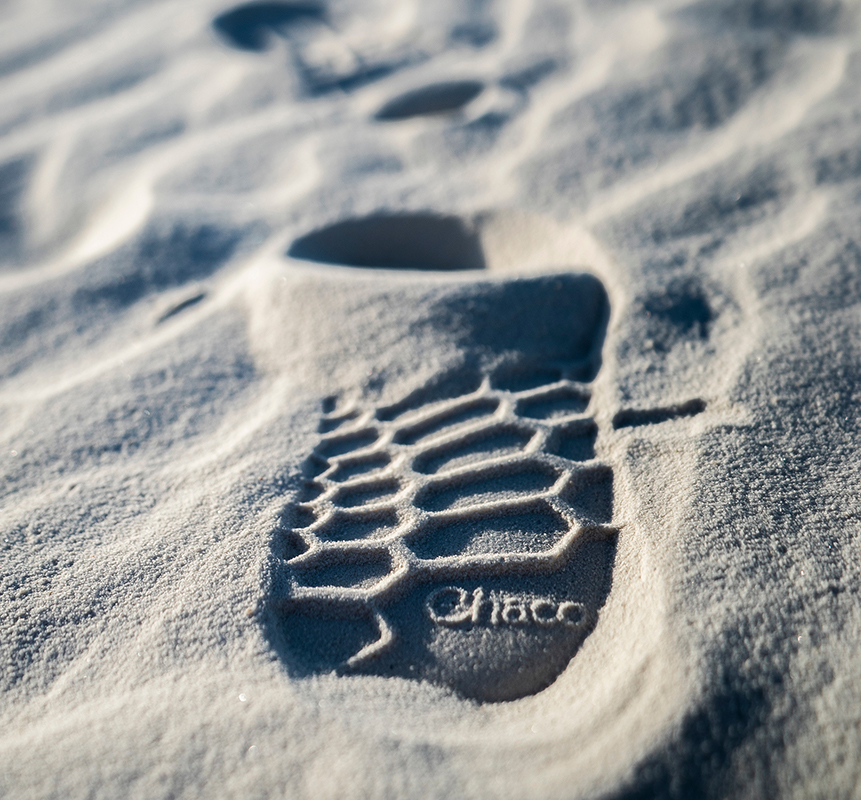